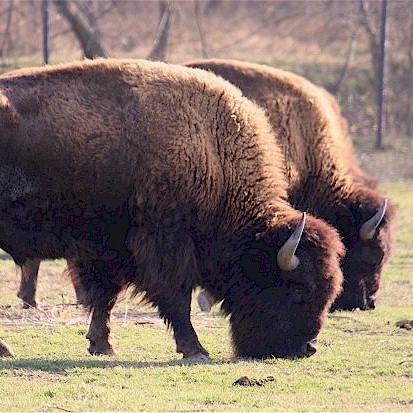 Millions of bison once thundered across America. Today, approximately 500,000 bison live across North America. Bison are large, even-toed ungulates in the genus Bison within the subfamily Bovinae. The America Bison has two subspecies, the Plains Bison and the Wood Bison. Four extinct species were the North American: Bison antiquus, B. latifrons, and B. occidentalis, as well as the B. priscus that ranged across Western Europe and Central Asia. The 2 existing species are the American bison, B. bison, found only in North America, and often referred as a "buffalo" and B. bonasus, or Wisent, is found in Europe and the Caucasus.

come in the following colors: